To Kill a Mockingbird – Book Review

You may have read To Kill a Mockingbird in high school. You may have been inspired by it, you may have appreciated it for its historical, cultural and literary importance. That was me, when I was in high school. But since coming to the ranch, I’ve realized there are parallels between the concepts of this book and the philosophy we live by here in the South Chilcotin Mountains.

Atticus Finch is the father of Scout, the book’s young narrator. He’s a lawyer, working in Maycomb, a small town which could be any town in 1930s Alabama. His job is to defend Tom Robinson, a black man accused of raping a white girl. Against all society’s unwritten laws that he should do nothing to defend Tom, simply turn up and create a show trial, Atticus treats Tom no differently than had he been a white client. He defends him. Not because he has to – he was assigned to the case, he didn’t choose it – but because of his morals, the philosophy he lives by. Atticus believes he couldn’t be a good parent to his children if he didn’t defend Tom, because he would be lowering himself to the expectations and standards of the town, instead of holding himself accountable to his own standards.

Atticus does everything in his power to give Tom a fair trial. Although he clearly proves Tom’s innocence, the jury find him guilty. However, Atticus’ determination and commitment to bring the truth to the courtroom causes the jury to debate Tom’s conviction for over an hour, something unheard of in the Deep South of the 1930s. Atticus made them think. And that was a start.

It’s what we embody here at the ranch, we hold ourselves and each other accountable to high standards, we work hard, we persevere, everyone here is our equal. We are all responsible for maintaining our own standards, and for ensuring everyone else lives up to theirs as well. Our values and principles are the cornerstone of our work here. We act with positivity, take initiative to complete any task, strive to create value, not just extract from our environment and develop ourselves, inspired by Remarkable! a book by David Salyers and Randy Ross (see Fenja’s book review).

It is Atticus’ courage to stand up for what he believes is right, even if he stands alone, which is so powerful. Mrs Dubose, the Finches’ neighbour is the perfect opportunity for Atticus to demonstrate to his children what real courage is. Mrs Dubose is viewed by Scout and her brother, Jem, as someone to be afraid of, the town rumours she packs a gun in her shawls and she is generally poorly tempered, telling Scout she will be the ruin of the family because she wears overalls instead of a dress. However, Jem and Scout are sent to read to her every evening for a few weeks. They’re both scared of the dark house, of Mrs Dubose bed-ridden, drooling, having fits. Everyday, they are released a little bit later by the alarm on the nightstand. After Mrs Dubose’s death, Atticus explains her situation. She’d been prescribed morphine as medication for a sickness and because of this had become addicted. She knew she was dying and was determined to break herself of the addiction before she died. Each day, the alarm was set a little later, only when it rang could she have her medication. Atticus explained to his children no one in town would have thought badly of her for dying addicted, she was in pain and the morphine stopped the pain, yet Mrs Dubose wanted to die ‘beholden to nothing and nobody.’ Now, Atticus described ‘real courage’ to his children;

‘I wanted you to see what real courage is, instead of getting the idea that courage is a man with a gun in his hand. It’s when you know you’re licked before you begin but you begin anyway and you see it through no matter what. You rarely win, but sometimes you do.’

We live by this at the ranch. Just because something is difficult, seemingly impossible, is never a reason not to do something. By doing what is right, we become stronger, we inspire others with the confidence to be courageous themselves. And when you succeed, the results mean so much more than if the journey had been easy, you have a sense of accomplishment and you have learned something. This is embodied in both Mrs Dubose’s fight against her morphine addiction and Atticus’ fight against the town’s prejudices and codes. They both had the strength to stand alone, as do all of us at the ranch. One of the many amazing books we are encouraged to read here is Braving the Wilderness by Brené Brown (see our book review by Jasmin) which talks about exactly this topic – how do you stand up for what you believe in when no one else will stand with you, will likely even stand against you?

‘Stand for something or you’ll fall for anything’ is the phrase I would use to explain the strength to stand alone. It doesn’t matter what you believe in, but if you believe in it absolutely, with conviction, you will find the strength to face down the naysayers. Yet not only does Atticus stand up for what he believes in, he also shows great empathy and compassion for others.

As his children are exposed to the world they live in, Atticus tells them ‘You never really understand a person until you consider things from his point of view, until you climb into his skin and walk around in it.’ He wants to show them everyone has their own experiences and perspectives, that not everyone sees things the same way he wants them to think.

We embody that here at the ranch. We come from a diversity of backgrounds, yet to maintain a strong, positive community, we need to be able to understand each other. We are interdependent for our survival, so good communication and understanding skills are essential. Here, people are assessed on their attitude and character, not on their past or their looks, on who, not what they are. But to make that assessment, we need to be able to put ourselves in each others’ shoes, to see all situations from everyone else’s viewpoint, not just our own.

To Kill a Mockingbird is also a Bildungsroman novel. This is a German word, a literary genre about the moral and psychological growth of the narrator as they grow up. Importance is placed on character change. Scout is five at the beginning of the novel, the events play out over a three year period. Over the course of the book, she develops in many ways, but the most significant may be that of her treatment of Arthur ‘Boo’ Radley, her reclusive neighbour. At the start of the book, Scout, along with Jem and their friend Dill, are obsessed with trying to make Boo come out of his house. She buys into the town rumours that Boo only comes out at night, where he eats raw squirrels and cats, that he stabbed his father in the leg with a pair of scissors, that his hands were blood-stained. That summer, they try everything they can think of to entice Boo out, sneaking around the house at night, running up to the house, trying to poke notes through the window using a fishing rod. They are caught up in the thrill of the adventure and don’t stop to think about how Boo feels about this. Yet, at the end of the novel, Scout learns it is Boo who saves her and Jem’s life. Not just in one scenario, he has been watching over them for the entirety of the novel, making sure they are safe. Now, Scout calls her neighbour Mr Arthur. The change from his nickname to the formal title she would call any other adult – her neighbor Miss Maudie for example – shows the change of her perspective, she respects him now and when she realizes he’s afraid of the dark, she walks home with him. Yet when she takes his arm, she makes it look as though he is escorting her, to make him feel less self-conscious as she knows being outside is frightening enough for him already. She is now, finally, able to put herself in his skin and walk around in it.

At the ranch, we call this a tranformational journey. Throughout our journey at the ranch, we develop psychologically, our character changes are that we become more confident, more independent, yet interdependent, more aware of our environment and each other, more focused on our goals and purpose, more positive, more resourceful, more determined. This is essential for our self-development, for us to grow personally and professionally. For us, we are faced with challenges to overcome, be that navigating through the wilderness, cooking for thirty people, having the responsibility of office manager or facing a fear, we are pushed out of our comfort zones in a supportive environment, where everyone around us is on the same transformational journey. Through facing and overcoming challenges, we gain confidence and new skill sets, problem solving abilities which empower us to solve future problems with the same framework. The situation might be completely different – fixing a wooden saddle rack versus navigating to camp in total darkness – but we have the mental ability to look at a problem from different angles to find a solution. From here, we can then pass on our knowledge to others, a process called knowledge transfer, we are mentor guides to each other, everyone has something to teach everyone else. In this way, everyone becomes educated and everyone can become more independent, yet we learned those skills from each other, so we remain interdependent. 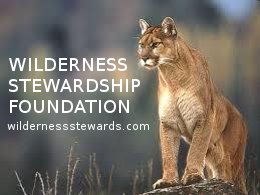